Lessons are private, hands-on, one on one instruction. Each lesson is specifically designed for each athlete’s individual needs. Ages Range From: 6-18 years old.

Ali McKnight Softball instruction offers clinics for all positions and aspects of the game. Come and learn from the best softball players in the state. Discover what it takes to build a Champion!

We offer clinics specific to all positions including, pitcher, catcher, hitting, 1st 2nd and 3rd base, infielder, centerfielder, outfielders and shortstop.

Players can participate in group clinics theoughout the summer.

Our Instructors have over 30 years of combined experience. 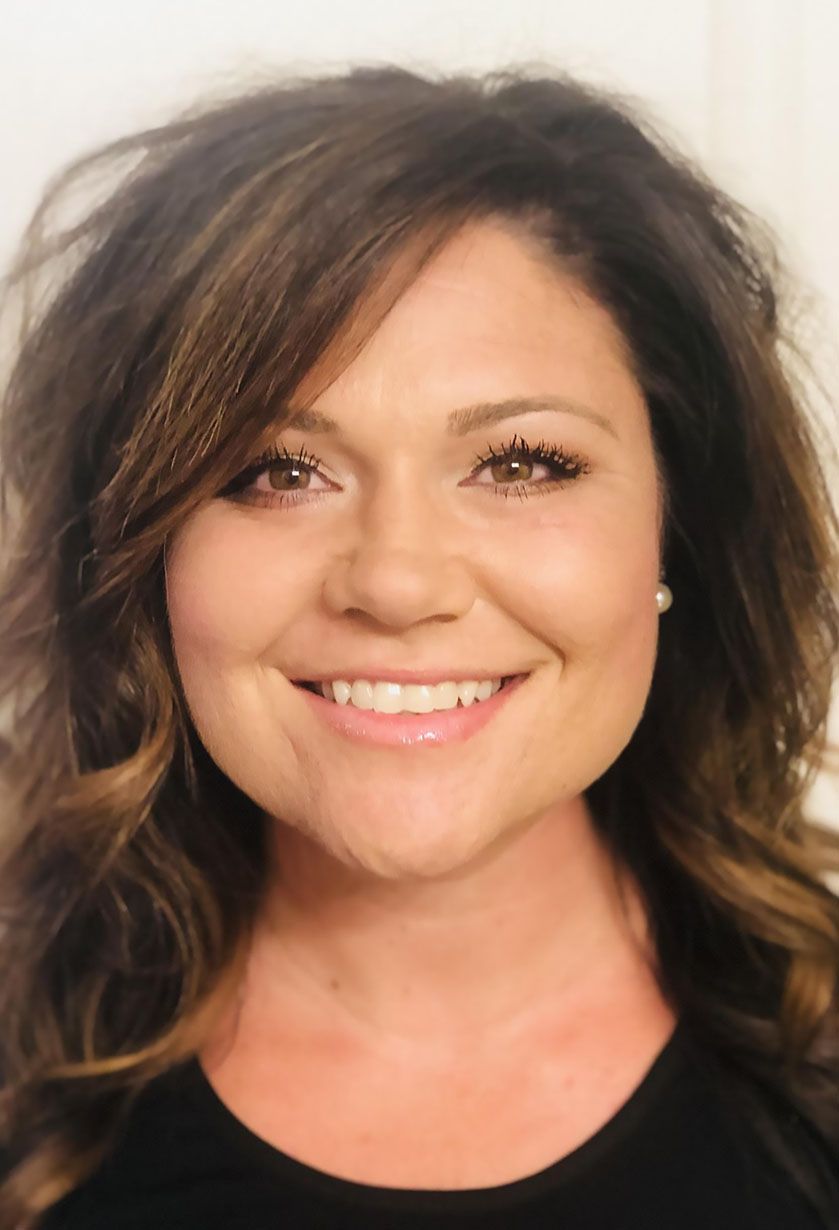 I  grew up in the small town of Pinole, California where I started playing softball at the age of 5. I began pitching when I was 7, and that’s when I knew that’s where I belonged on the field. I played ASA ball all 4 years of high school. During my junior year, I signed with Cumberland University in Lebanon, Tennessee. I continued my career there for the next 4 years. I graduated with a Health & Recreation major with a minor in Coaching. After graduation, I moved back to California and accepted a coaching position for both volleyball and softball at my former high school as well as giving private softball lessons. After 2 short years, I decided to move back to Tennessee to pursue my passion of owning  my own softball program. 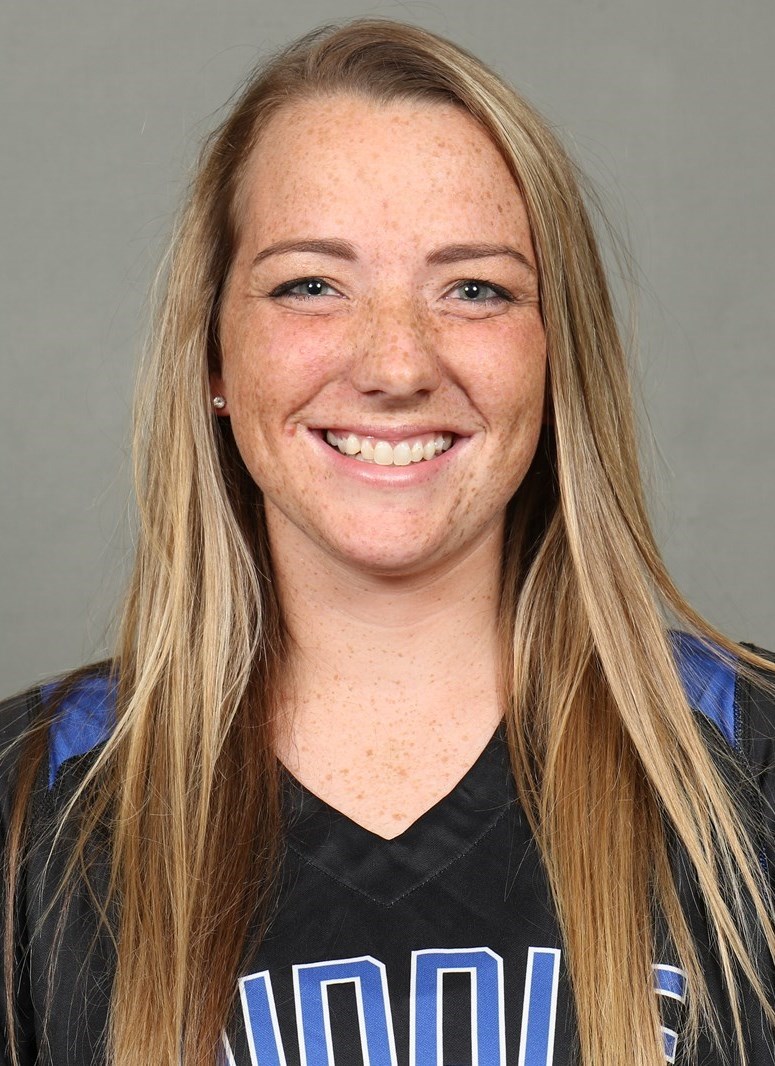 Carlie grew up in Rockwall, Texas and played on her high school varsity team for all four years (2008-2012). She had a tough time deciding which school was right for her. Carlie played at two JUCOs and an NCAA D1 school. At Northwest Mississippi CC, she had a .364 BA, 39 hits (led the team), 7 doubles, tied the school record with 5 triples, 13 stolen bases, and made First Team 2013 All-North Division Softball Team. She then transferred to Weatherford College and played 1st base, with a .377 BA, 2HR, 41 RBIs, and 15 stolen bases.

Carlie transferred to Middle Tennessee State University for her junior and senior year (spring of 2015-2016) and played 1st base. During my career at MTSU, she had .334 BA, 65 runs scored, 20 doubles, 4 triples, 6HRs, and 62 RBIs. Carlie was the first player at MTSU in Conference USA to be named Co-Player of the week. She went 6-10 in with 5 RBIs, 5 runs scored, a double, and the game winning homerun in extra innings to beat UTSA.

After college, Carlie began coaching at Mississippi Delta Community College and focused mainly on hitting and infield. She has always loved coaching and growing the game of softball. Carlie moved back to Tennessee and where she serves as a police officer for Murfreesboro Police Department. She joined MPD in December of 2018 and joined the Tennessee Army National Guard in January 2020. My husband and I have one son, Riley, and two fur babies, Frankie and Molly. 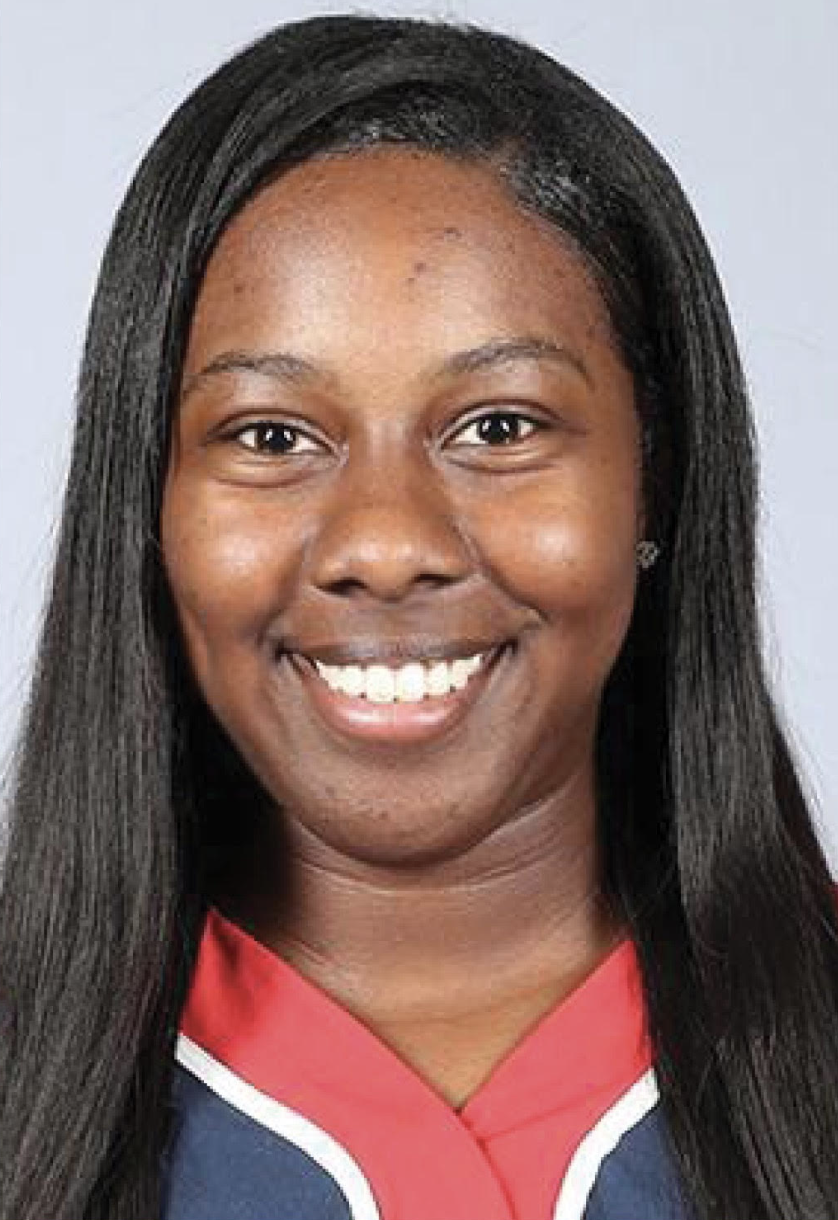 Elantra Cox is a graduate of Chester County High School and is a native of Henderson, Tennessee. She is a graduate of the University of Mississippi (Ole Miss) and 2017 SEC Champion. She remains the first three-time all-region honoree in Ole Miss History. She is one of two players to be tabbed to the USA Softball Top-SO Player of the Year Watchlist. Cox went to the 2017 USA tryout and got to showcase her talent. She garnered Preseason All-SEC laurels and finished as the Ole Miss all-time leader in batting average, hits, runs and stolen bases. She was selected as the eighth-overall pick in the inaugural American softball Association Draft by Moh-Beel USA. She went on to lead the league in hits, stolen bases, triples, and batting average and was selected to the first-team AII­ASBA. Before playing professional softball in the summer of 2018, she coached 14u and 16u travel team Impact and currently coaches the 12u team Tennessee Strive. She is now the assistant coach at Blue Mountain College in MS. 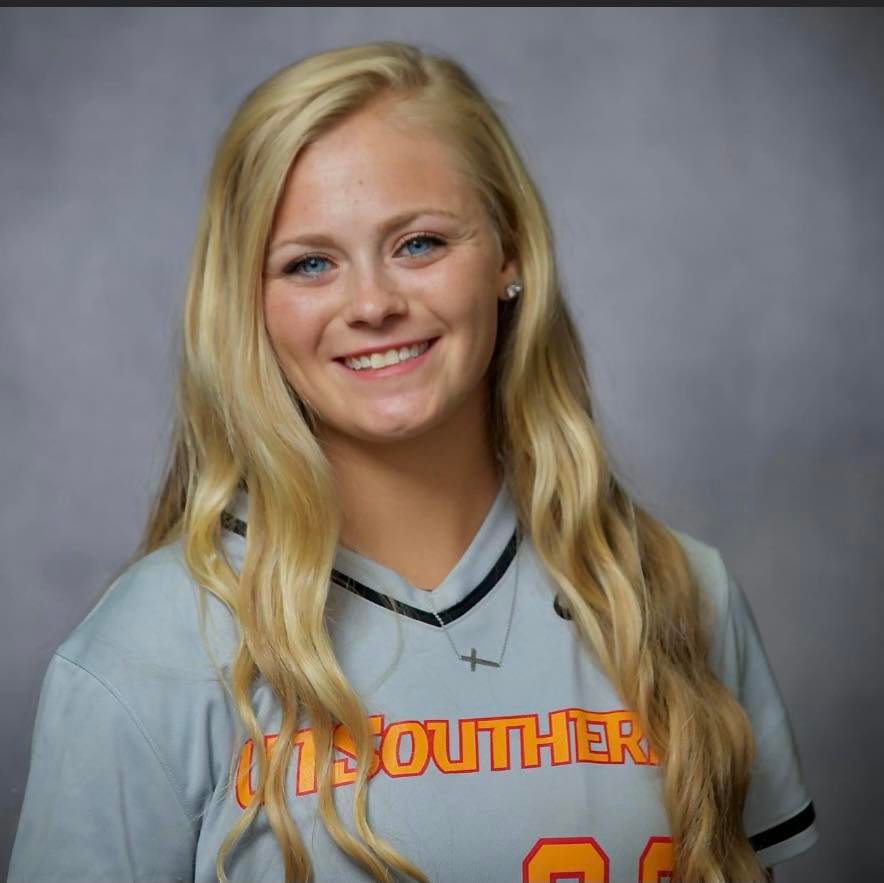 I grew up in Columbia Tennessee where I graduated from Columbia central high school. While in high school I was a 4 year starter where I played many different positions including ss, 2nd, 3rd, outfield, and catcher. My junior year I received the all-district award. I started playing travel ball at the age of 14 until I aged out at the age of 18. My junior year of high school I committed and signed to Martin Methodist college which is now know as The University of Tennessee Southern.

I am currently a sophomore pursing a degree in business management with a minor in coaching. I have been giving lessons for the past three years.

I currently coach Vexus 14u Cothran team out of Columbia. 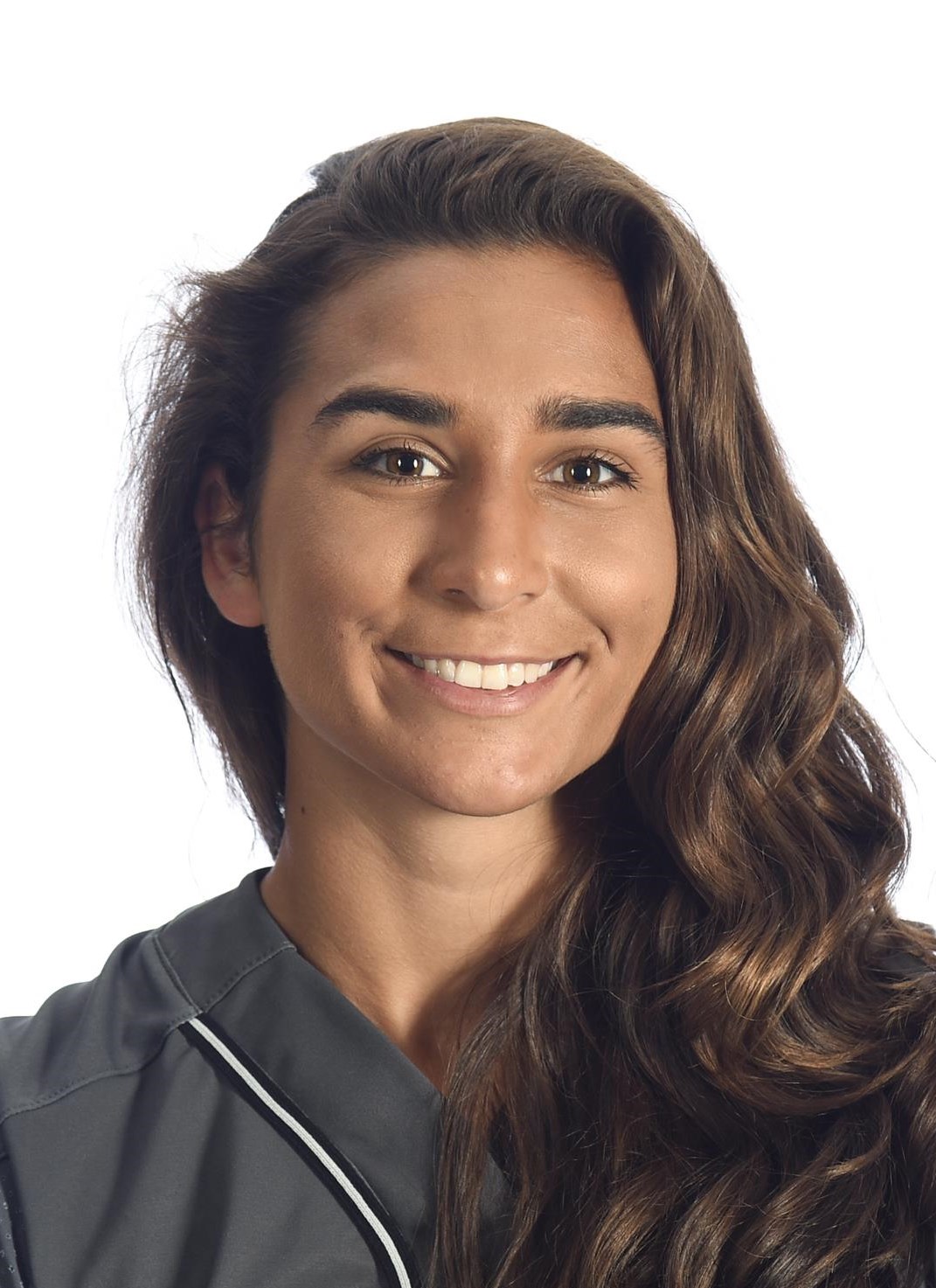 Plese left Chattanooga State as 2X NJCAA all American, and received first team all-region, first team all-conference honors at Western Kentucky University. She was awarded a spot on the all SEC academic team while at South Carolina, and has recently just finished a two year stint as a graduate assistant at the University of West Georgia, a division 2 school in the Gulf South Conference.

She will now proceed in her career as an assistant with Belmont University in Nashville for the upcoming 2021-2022 season. 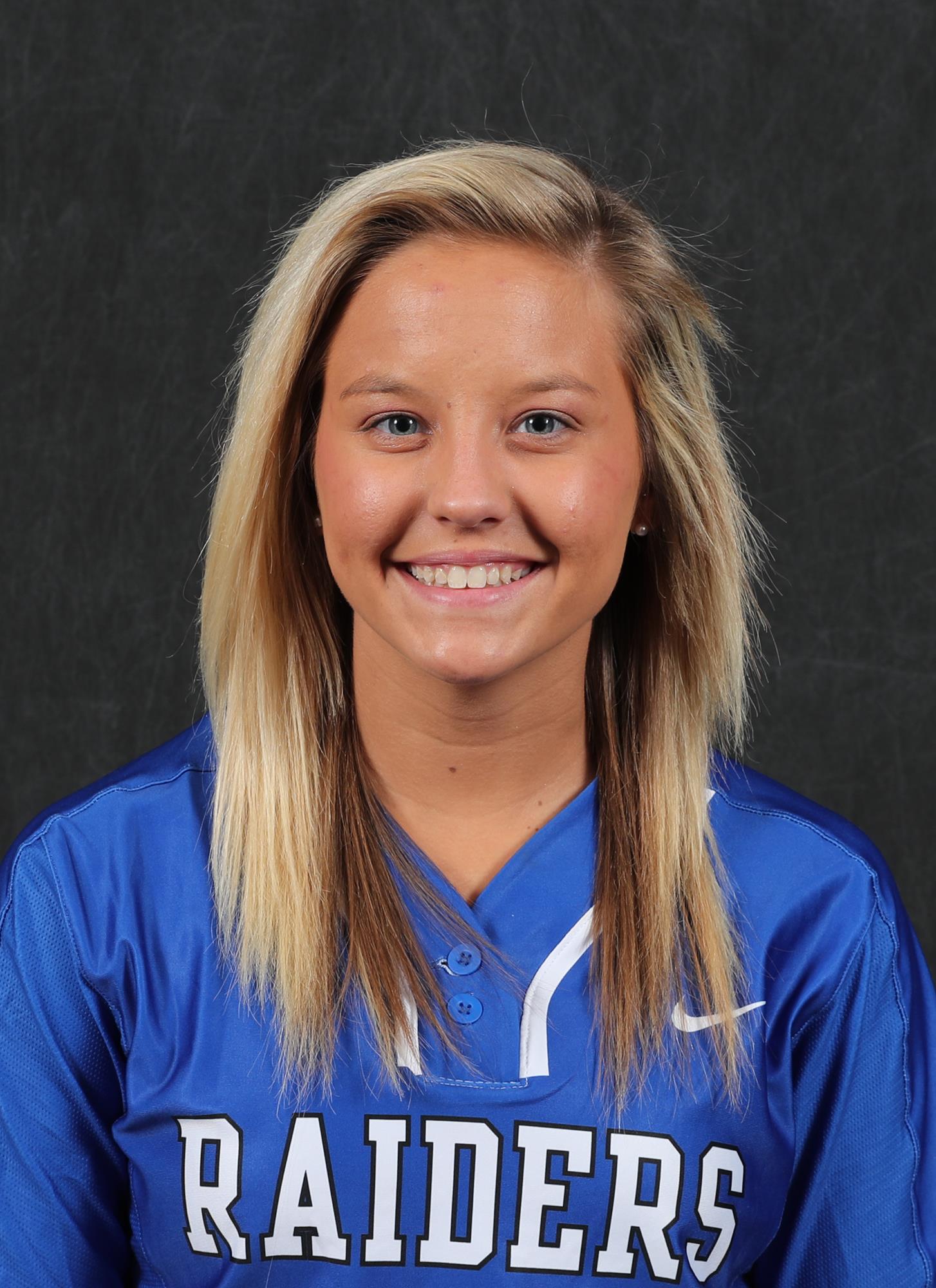 Born and raised In Murfreesboro, TN Sydney started playing baseball at four years old before transitioning to playing softball at the age of eight. She started out originally as a right-handed hitter but then decided to utilize her phenomenal speed and become a left-handed slapper.

She graduated from Stewarts Creek High School in 2016 where she made All-District. All-Mid State Second Team, and All-Tournament honoree She signed to play softball at Columbia State Community College and was team captain for both years at Columbia State, and had a batting average of 448; with 73 hits, 7 doubles, 3 triples, 30 RBIs, 32 runs, and 19 stolen bases in 2018.

After two years at Columbia State, she signed for her last two years of eligibility at Middle Tennessee State University. In her junior year. she appeared in 55 games and started 49 games for the Blue Raiders Leading the team with 18 stolen bases in 21 attempts, and was named to the C-USA All-Tournament Team and to the C-USA Commissioner’s Honor Roll Due to the pandemic, her senior year at MTSU was cut short. Sydney graduated from MTSU in May 2020 with her Bachelor’s Degree in Exercise Science. 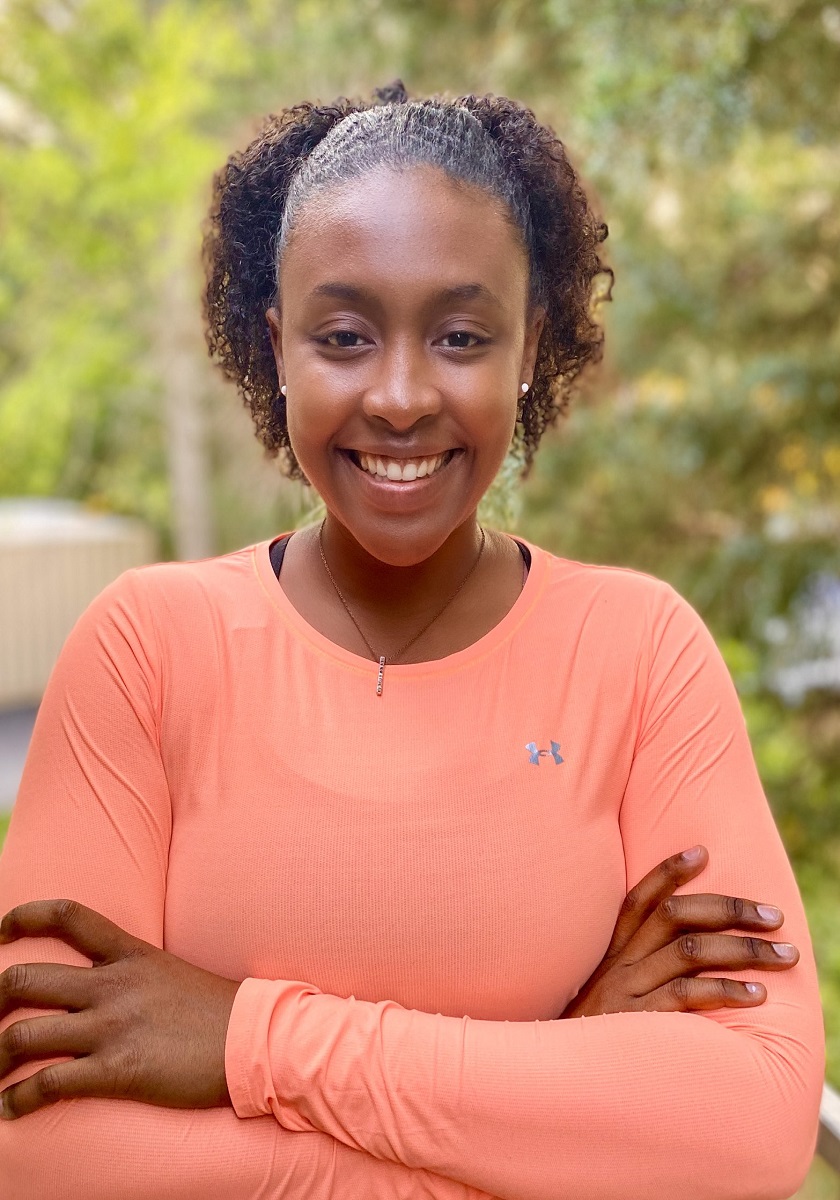 I was born and raised on the island of Nassau, Bahamas. My grandfather exposed me to the game of softball at a very young age. However, I did not venture into playing until my eighth grade after his passing. I attended Nassau Christian Academy where I led as team captain in my senior year, after helping lead our team to our first ever female championship title. During my high school experience, I developed in pitching, catching , and shortstop. In my senior year, I was awarded the school division sportswoman of the year and most valuable player award. I received a full scholarship to The University of The Bahamas where my first year I started at first base. By my second year I was trained as a utility for the school and was spread throughout the field where needed. In 2016, I transferred to Middle Tennessee State University where I sat out a few years nursing an injury. However, I remained in training. In June 2019, I was invited to be apart of the Bahamas national team to participate in the Olympic Qualifiers for the 2020 Tokyo Olympiad. That same year, The last time I returned home, I ranked #4 in the country with a batting average of .538, 26 AB, 11 R, 8 RBI’s. I love the game and I am so excited to help females grow in their understanding, strength, and desire for softball.